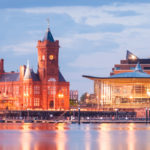 Telemat, Antur Teifi’s IT specialist team has recently been awarded the contract to provide IT support for all Assembly Members in Wales. The team at Telemat will service the National Assembly for Wales’ IT Department by providing on-site support to the IT equipment used by staff and Assembly Members at each of the constituency offices … Continued

For Aled Rees time is money, and being a farmer he would argue that he is not blessed with either! What he will say however is that he needs to make best use of what he has got, and that to be competitive he needs to be able to access information at the touch of … Continued

This week we had the launch of the mobile broadband support project, jointly created with Ceredigion County Councils’ Cynnal y Cardi team, THREE, the mobile network provider and Telemat IT Support. Participants from across Ceredigion unable to get decent broadband through their phone line were issued with MIFI 3G routers as part of a 1 … Continued

A study reveals that businesses in the UK and US expect the risk of cyber-threats to their business to increase dramatically in 2014. According to the study by Kaspersky Lab and B2B International, the US and the UK are the two countries most concerned about the impact that cyber-threats will have on the future of … Continued

UK SMEs want to banish Britain’s most annoying IT helpdesk phrases to Helpdesk 101 the call centre where all our worst I.T. problems are stored. As I.T. becomes increasingly important to small businesses in the UK, phrases such as ‘have you tried turning it off and on again’ can be unhelpful, distracting workers from concentrating … Continued

UKOM, the UK Online Measurement organisation, has compiled its figures for the Internet usage of Britons for the month of April 2010, comparing it to April 2007. And the headline news is that Brits now spend 65% more time online. A total of 884 million hours, in fact, as opposed to 536 million hours three … Continued

Trust identified as key factor in Carmarthenshire IT firm’s growth plans Newcastle Emlyn IT services company Telemat IT has recently been awarded a prestigious IT Business Trustmark as part of its plans for growth in 2013. A wholly-owned subsidiary of Social Enterprise Antur Teifi, Telemat has been providing IT advice and services to clients throughout … Continued